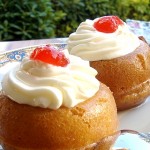 Being definitely aware of the difficulties encountered by travellers when confronted to unfamiliar cooking traditions and terms  france food, the author dedicates this first guidebook to the tourists , amateurs of French gastronomy .

Pierrette, who has a passion for food france cuisine cooking , hopes to make her contribution to valorize the products of French « terroir »  and enable foreign visitors to discover them through pictures and full descriptions .

Choosing food france cuisine a dish, meals, food french ( or a menu) and tasting it brings any gourmet a real pleasure .

A publication in russian , Japanese and Chinese  is coming soon in Autumn . The receipts of the guide are on Internet site: www.french.food.biz or on the little book given with the purchase pierrette’s guide.