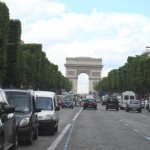 The French cuisine of all the French areas is eaten in Paris. The names of the dishes of the typical specialities of Paris are numerous, one eats in Paris in the restaurants,

the specialities by area of whole France:

the FIRST GUIDE-DICTIONNAIRE IN PHOTOGRAPHS OF 959 FRENCH TYPICAL SPECIALITIES, with the

» PIERRETTE’S GUIDE – WHAT DISH TO CHOOSE?

– descriptions of principal food of the dishes and receipts fast. The more detailed receipts are on the site: www.cuisine-francaise.org

Used in the 5 languages by the pupils of the schools of French cuisine, (restoration and hotel trade) like the Institute Paul BOCUSE, of world famous the guide-dictionary is at the disposal of the pupils come from the whole world.

the french government tourist office of New York, house of France of London, House of France d’ Ireland, sent to their subscribers by Internet a message to speak about the guide-dictionary.

You need the guide-dictionary to translate the menus and names of the specialities, in the French menus.

More difficulties for your dinners in the restaurants in France.

To buy before your visit in France, or in France :

TO OFFER OR TO BUY:

Only the guide-dictionary will help you. GIFT useful and appreciated, finally a practical book on the dishes of the French gastronomy.

SO LONG ON the SITE OF the GUIDE DICTIONARY of PIERRETTE: www.cuisine-francaise.org